Well after getting so cozy at the farm I have finally made a move and started my trip south. I have a lot of great memories and met a lot of really fantastic people at Tacomepai but all good things must come to an end. 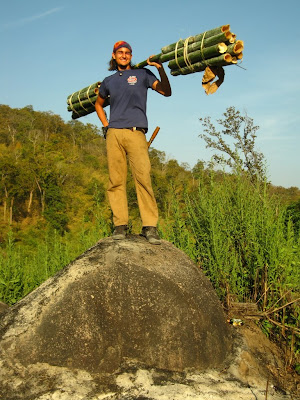 It is hard to capture all the adventures and stories in the written form as they exist in a world of their own. A living movie and stream of memories. We took some trips into the forest. We harvested bamboo to create drip irrigation systems for the small coffee plants growing under the mango trees. 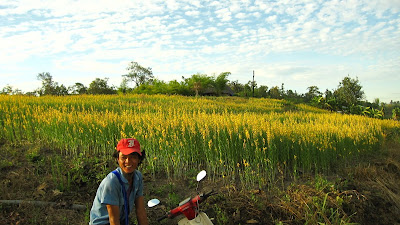 I snapped some pictures while we were on the way back from the forest and captured a really nice picture of Mong one of the workers on the farm. I had a few pictures printed and gave him the picture I took. Mong took a long look at that picture and a smile as big as the Cheshire Cat's spread across his face. Mong is from Burma. Sandot the owner of the farm paid for him to come to Thailand two years ago and gave him work. He said it was the first picture he had ever had of himself. He touched his heart, said thank you and gave me a hug. Some gifts and gestures have a bigger impact than one could imagine.