When I left Vienna it was snowing.
I wrapped myself in a scarf and walked across the tarmac onto the waiting plane. 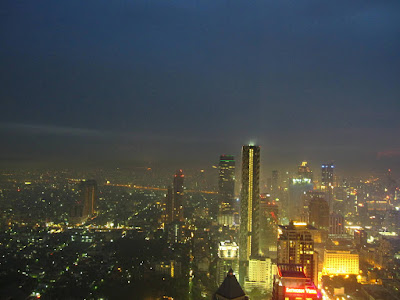 Thailand awaited and luckily for me it wasn't snowing there...
Bangkok is a crazy polluted gridlocked city but has some appeal. There are several large parks nearby that offer a bit of calm in the chaos. 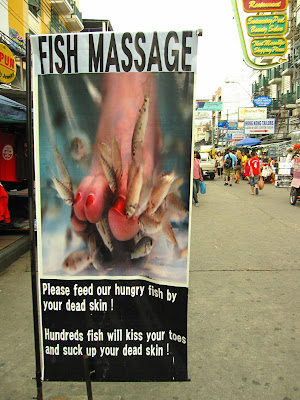 Whatever you desire you can find in Bangkok. Including fish massages!

My first impression was that Hawaii and Thailand share a lot of similarities. You can find the same fruits and veggies, the weather is the same and in Hawaii there are lots of Asian influences. The difference is in price. I ate shrimp Pad Thai for 35 Baht or about one American dollar.

The people are friendly and outgoing. Once I left the big city I started to get more wide eyed slackmouthed stares. Farang! 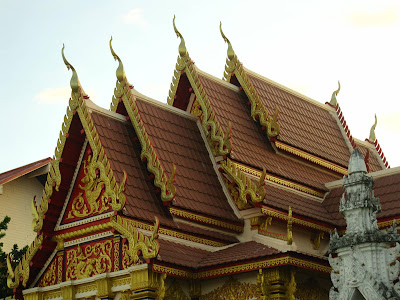 Yes I am a farang or foreigner, less harsh than haole but still a label.
But that is what was needed a farang to teach English. I jumped onboard with a company called www.thai-dragonfly.com doing English Camps for schools. We had dinner with JJ (one of the organizers) and her family. Super scrumptious and quite a feast! 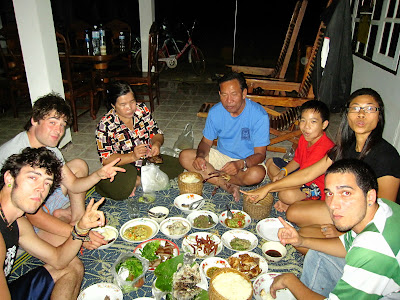 I had a fantastic time playing games and running around with the kids. What really surprised me was how well behaved the kids were. They sat down in perfect rows and were all super respectful. 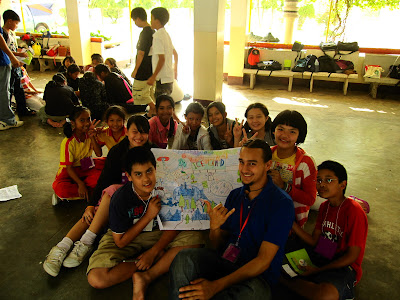 For me Maui still has the perfect weather but Thailand is not so bad, although it is in the cooler season... Thailand is the first place that I really feel like I could live besides Hawaii. Maybe I could even get a job as a stunt double for this Thai movie star everyone thinks I look like: Ananda.
time 8:42 PM 2 comments: Links to this post

Vienna at the Opera complete with Pierogi and Knüdle

I don't believe I've ever been to an Opera, so it was quite a treat while I was in Vienna to hit the Staatsoper haus...

The Opera, Nubucco, wasn't a great one but the Staatsoper was grand. We bought standing tickets for 4 euros and then luckily found empty seats at the intermission. 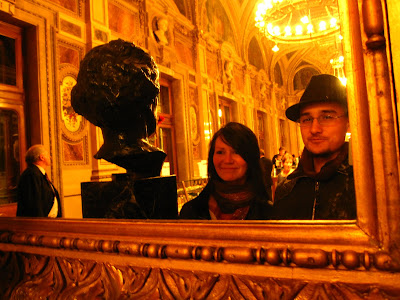 Vienna is a great city though. It is along the Danube, has lots of interesting people living there and is very artistically and musically aligned.
You can walk down the street and you'll hear beautiful music wafting through the air. Not your normal grungy hippy with a guitar but tuxedo wearing music students trying to get their name out. 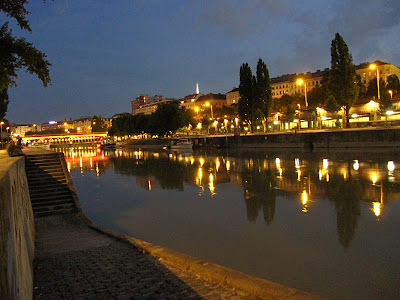 I felt Vienna was much more alive and interesting that say Budapest. People at least seem happier in Vienna.

We had dinner with some couchsurfers, Pierogi to be exact a Polish dish. I was very interested in their apartment. They had 12 rooms and in this apartment there is a mix of young and old. Or college students and elderly. A sort of community where you can mix the elder wisdom with some youthful spirit. 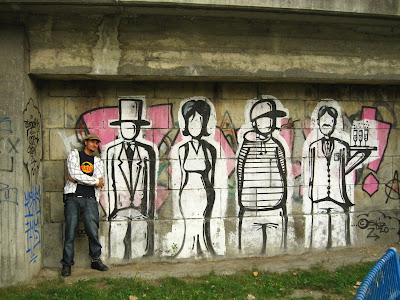 I loved this idea and think that more people should pay attention to their grandparents and people who have lived life much more than themselves. In our day and age people devalue that wisdom because maybe your grandpa doesn't know how to use a computer or they didn't grow up with cell phones. We'll see how the experiment goes. I'll hope for the best.

Andrea cooked a farewell meal of Knüdle. Mmmm mmm I am going to make it sometime because it is delicious. They are dumpling or packages of food with the wrapper made of potato. Of course it was served with kraut! 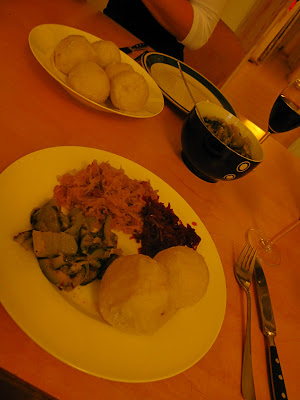 I was sad to say goodbye to the city, the friends I made and Andrea. Until the next adventure...

The morning of my departure during breakfast I had a feeling which caused me to look out the window. Drifting through the sky were white specks. Little snowflakes carried by the wind. I ran over and watched as their suicide course brought them in contact with the window where they melted in an instant.

It was a nice but I felt like I was leaving just in time, heading to warmer waters and sun... 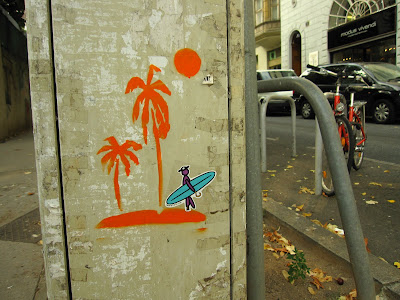 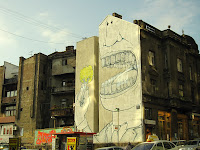 I caught a ride down from Budapest to Serbia with a friend's Uncle from Chicago. I went to Budapest on a whim and to Serbia as well.
He offered to drive and I jumped in and off to a country I never thought I would visit. 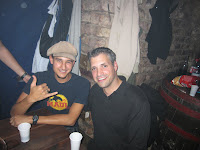 Very glad I did. The food was tasty and the people friendly. I love how alive the city is. People are in the streets, laughing, yelling, swearing and drinking coffee along a main pedestrian street. Every day is like a Saturday and every night is like a Friday night in Belgrade, the capital. A beautiful, even if a little unkempt, city that is bordered by the confluence of two rivers. The Danube and the Sava are both large rivers and add an interesting aesthetic to the city. 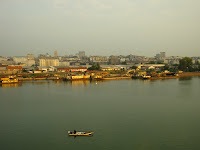 I loved going to riverboat bars and walking around the old city and fort. For a country that we launched missiles at not too long ago I got past the border without a hitch.

While there I sampled the local plum brandy or Rakia. Very tasty and boy ohh boy is it strong. You'll see old men sitting with their coffee, newspaper and cigarette in the morning and downing shots of Rakia. It is more than just an alcohol it is a tradition. I can tell it comes in handy when in such a cold country because it instantly warms you up. 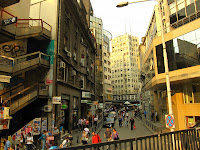 The food I mentioned earlier is very tasty albeit greasy. Pljeskavica, Burek, Ćevapčići, Kajmak... I will say that while eating the Ćevapčići I could tell my heart was struggling, it was soo rich. 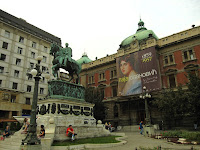 Good times and good people. I was talking to my good friend Ben and he said it best.
People don't want war and conflict, they want BBQs and babies...
time 6:17 PM No comments: Links to this post

I am glad I stayed in Zadar, it is a beautiful city. A romantic place full of picturesque sunsets and cozy cafes along old streets. Aye but vast bodies of water tend to get my blood flowing so maybe it was being reunited with the sea that captivated me. 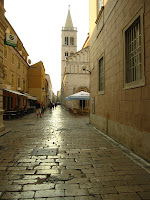 I boarded an old pirate boat. A tour around the islands, Kornati and the National Park there.

The sea lapped at the walls surrounding the old city as we set sail. It was early but were greeted with by a tall man with a striped shirt and a friendly face, our captain, a pirate. First things first, even though it was barely past 8am in the morning, we started with a shot of Rakia, the local moonshine. This particular variety was reminiscent of diesel fuel with a plum finish. I believe Rakia is about 80% alcohol and can easily knock an unsuspecting landlubber on their ass. 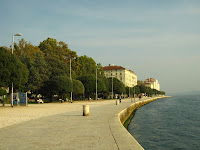 The helm was made of wood and looked as you would imagine an old steering wheel to look like. Varnished wood with knobs sticking out of a central circle. The feel of the helm felt right in my hands. I accepted the opportunity to navigate that pirate ship through the waters off the coast of Croatia. I accepted my place as captain. 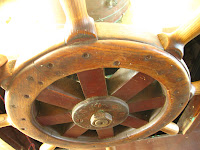 I poured over the chart which had our course laid out and maneuvered us between small islands leaving a snake shaped ripples in our wake. We were sailing to Kornati and I had as my crew a random assortment of Europeans. Germans, Sweedish, Polish, Croats, Spanish, a guy from Hong Kong and me, the pirate from Hawaii at the helm. 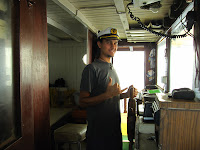 The snug weight of a captains hat rested on my head. I wore it like a crown. King of the ocean. I would be a benevolent dictator. Protecting the natural resources and winning the hearts of my subjects with charm and kind leadership. Ahh but those are daydreams for another time. There is the sea to explore and a job to be done.

Salty sea air rushed past and the taste of wine lingered on my lips as my grasp tightened around the helm. Yes once again I find myself at home. 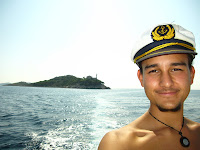