Rocking in the former Yugoslavia 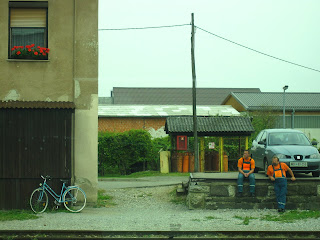 I'm in Slovenija, the city of Celje (the j is pronounced like a y) and really enjoying the people and culture. There is still a connection to Serbia in the music. The people and the music are linked through rock. 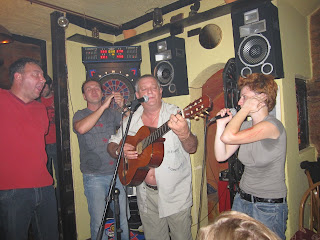 I spent the last few nights with an awesome group of art, theatre and music fiends. We drank Laško (the local beer) and sang old Serbian rock songs late into the night. You can meet the most genuine people as you travel. People who have heart and stand for their ideals. 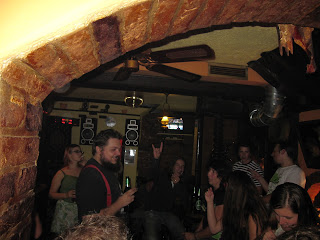 My host, Patricija, and her family are superb and super friendly. It was fun to see a photoshopped picture of her parents getting married on a beach in Hawaii.

Most people here speak English very well (the Slovene language is difficult to learn) although, along with the language, people seem to have embraced the US and British consumer culture. Large shopping centers spring up everywhere in a country where the average yearly earnings are around 12,000 euros a year. At least university is free and people receive a nice pension when the retire. 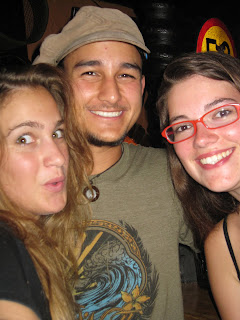 Before the Balkan karaoke we had a poetry slam. I told some Hawaiian myths and then listened to the rhyming rhythms of Slovene poetry. Some of it was kindly translated into English although most of the time I just enjoyed the laughter and expressions of those participating. It is really inspiring to be in a small city without much going on for the youth and to have people creating community and bringing art and culture out and engaging their friends. Patricija and her friends are the catalyst that ignites the creativity of the city. 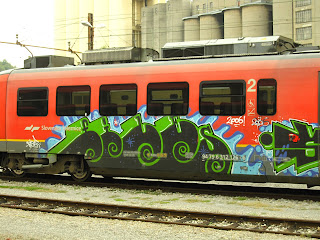 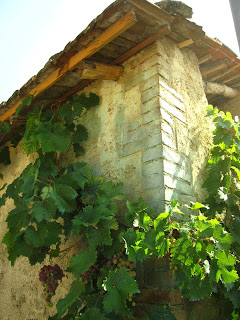 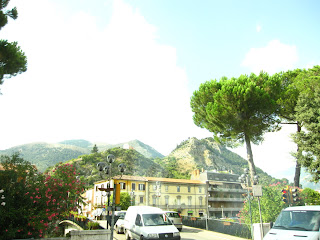 I'm in Italy in a small town near Sora (2 hours S.E of Roma) I'm staying on an agro-tourism farm and working a bit. Its a nice relaxing way to pass the time outside of the hustle and bustle of the cities. I was getting too burnt out on running back and forth. Catching metros and spending money for everything.

It is warm enough at night so I'm sleeping on the roof of this old 300 year old farm house. Apparently Austrian soldiers stayed in it during the war. 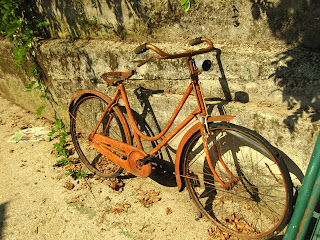 The farm I'm staying at is a little experiment and side project off the main farmstay. We are building a herb spiral based on some permaculture principles like stacking functions and plant guilds. Finding plants that work well together and are beneficial to the communities success. 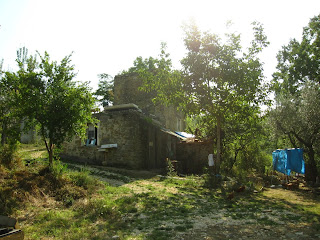 Permaculture is well worth checking into if you like the idea of growing food for yourself in an long term beneficial way. One book in particular is nice for the backyard gardener and I recommend it highly. Gaia's Garden by Toby Hemenway. 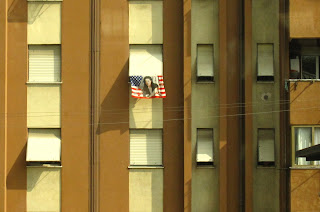